Favorite Quote: "Reality is merely an illusion, albeit a very persistent one."

Favorite Movies: Most anything by Hitchcock, too many to mention. 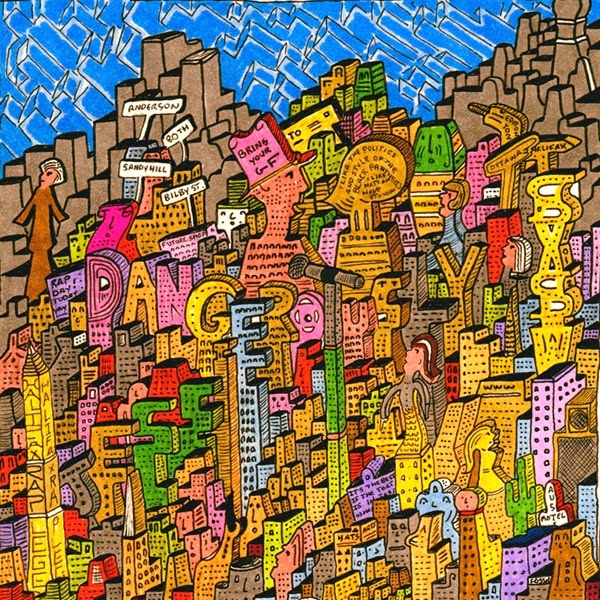 I am a self taught visual artist from Montreal Canada and split my time between there and Miami Florida. I have been creating semi-fictional maps since I was a child. I refer to them as "semifictional" due to the fact they are composites between a particular narrative such as person's personal story or a political statement as well as real and imagined places.

Can you tell us about your first memory creating?

My first memory of creating was when I was around seven and my brother and I created "Choose your own adventure" style books in which I would create maps and illustrations. 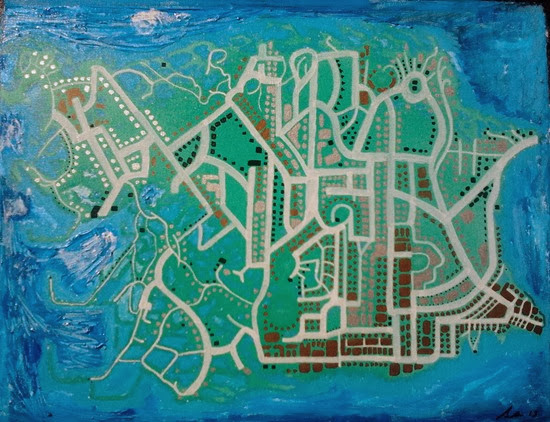 Is there any particular music you prefer while creating art?

I normally prefer talk radio while I create works in the studio. Anything from NPR to Fox news.... most of my maps include a political component and talk radio offers a lot of inspiration in that respect.

It depends on the map but generally I want the viewer to discover the maps secrets and uncover it's meaning slowly over time like a real city. 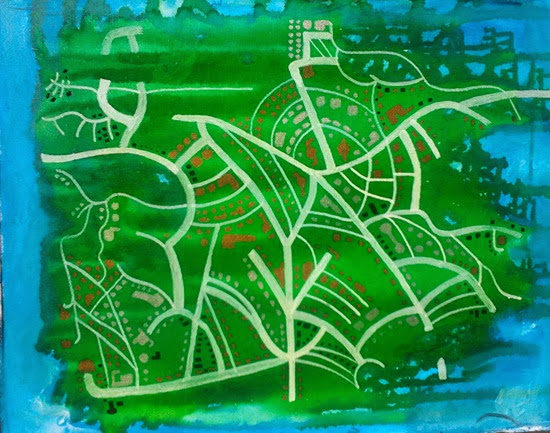 I have exhibited both locally and internationally, and my work has been featured in a number of online and print publications. In 2010, I was selected as a contributing artist for the high-profile exhibition, “You are here: Mapping the Psychogeography of New York City,” curated by Katharine Harmon at the Pratt Institute in Manhattan and in 2013, produced two outdoor murals in Fort Lauderdale, Florida.

In addition to exhibiting, I regularly complete uniquely designed commissions and my work is included in gallery and private collections throughout North America, the United Kingdom and Dubai. Recently, one of my pieces made it onto a list compiled by The Guardian (UK) of the top-ten hand-drawn maps.

Can you recommend another artist? 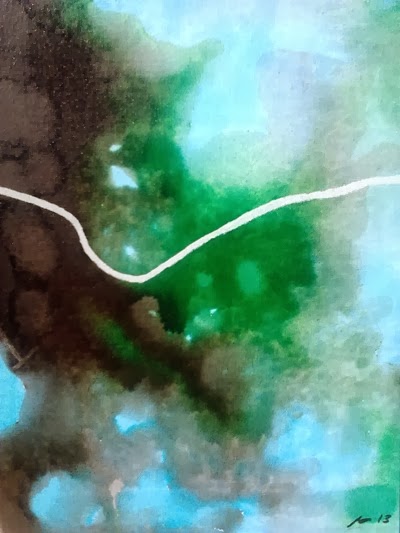 I'm a huge fan of another mapmaker, Jonathan Himsworth who has been creating some amazing murals in Montreal. I'm also really love the work of Krista Muir who has collaborated with me on maps created in needlepoint.

Can you tell us about your future plans?

I've just recently finished a book and am looking at creating another large scale mural. I'd like to create more personalized commissions as well, I really enjoy collaborating with people on the story of their lives through geography...