Favorite Books: the travelers gift, Struvvelpeter, anything with pictures!

Favorite Movies: The man with the movie camera, Rushmore, Leaving Las Vegas,  too many to list but anything with Will Ferrell 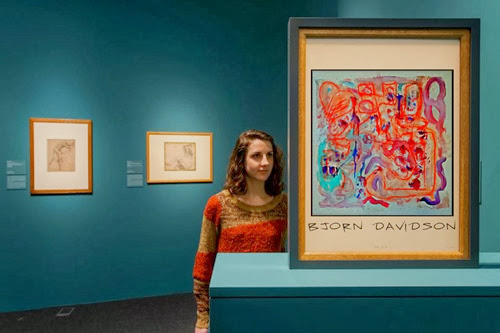 “Bjørn Davidson, creating modern art with paint and collage. Born and educated in New York, continuing a family tradition of painting with brush, that goes deep into family roots. Heavily influenced and inspired by his grandfather a renowned painter, portraitist and professor of art restoration, as well as incorporating traits passed down from his obscure American roots. Sometimes, harnessing the two on canvas. Painting not only what people want, but painting what they need. At times, serene and calming images, other times bold, intrusive subjects that are meant to "stick to your brain like tar". Most closely associated with the Outsider art movement, the majority of his work lands in the genre abstract expressionist, with forays into subject matter ranging from pop culture to subliminal imagery. Most is done large format with bold visuals. He finds satisfaction not so much on the works of art, but on the effects it has on its viewers.”

I’ve been creating too long to remember my first time,..but there are remnants  from those early days,..with the oldest most likely being an embellished paper airplane/ angry note that I had sent down the stairs to my father, after being sent to my room as a child. It is complete with his endearing reply. 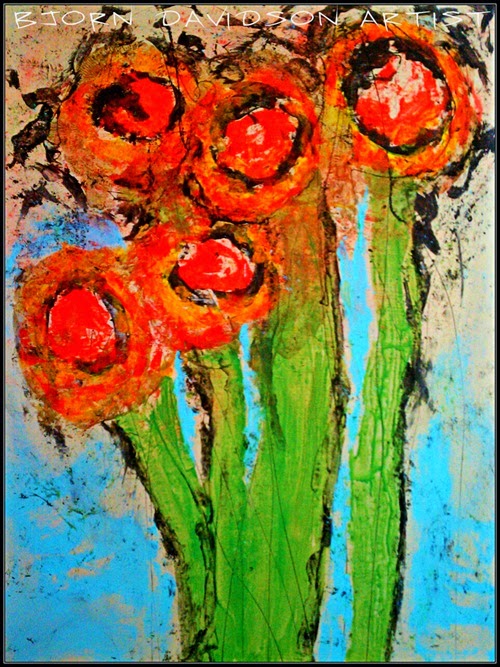 Many types, James Brown if I have to hustle, Peaches if I’m painting dirty, but generally something you can groove to. Mike Snow has been a recent arrival in the mix.

I have worked many, MANY jobs but the only one that doesn't feel like work is being an artist for me... it has taken me a long time to figure that out. I also curate and install for a Gallery which I absolutely love doing. I get to see and know so much art, and get paid for it!

It really depends on the piece and where its going. My favorite pieces are the ones that transform the mood of the room or provoke creativity and thought. 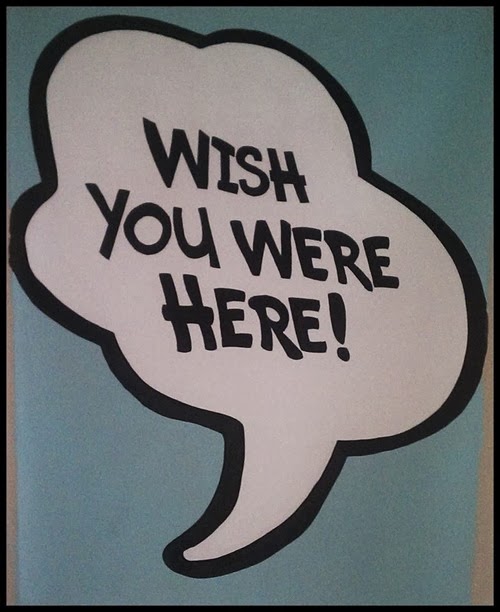 Tell us about your creative process, from the beginning of a typical piece to its completion:

My creative process is still a creative process, meaning that it is evolving still, possibly more than ever. But it always starts with me stretching canvas's usually several at once. Sometimes I just start backgrounding and see where it takes me. Other times I have a concrete vision of what I want to portray, but will have to battle the brush to get it on canvas.

What things inspire you to create art?

Everything, moods, visions, snapshots in my mind, but the real inspiration is a  fire within me that just burns, forcing me to paint...

Part of the "problem" of being an artist is seeing the beauty in everything, and the challenge is trying to portray it."

What exhibitions have you had?

I have exhibited my art to a lot of people but the most important exhibition would always be the next one! 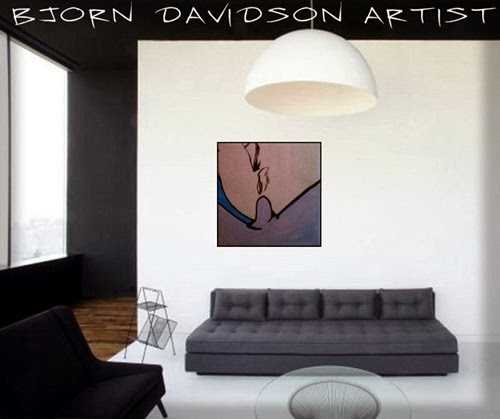 Have you sold any of your artworks? How?

It really wasn’t until the advent of social media that I began sharing my artwork, mostly with friends, of which thankfully, some decided to try and buy some of them, which in turn created a paradigm shift and opened the flood gates to showing and selling. I enjoy social media and what it has to offer, but what I really like is displaying live, at local art walks and galleries and enjoying peoples reactions and views, of which there are many!

Although, I use all the current outlets, Facebook, Twitter, TumblrTumblr, Wordpress, etc...recently the less is more concept has been influencing me more and more.

Tell us about influences

Influences for me are like moments in time, there for a moment in a most profound way, but different a moment later. Sometimes, its the mood, other times the medium, all the while,using things I have learned, things I’ve been taught, in the end to please the end user, who essentially is the real influence. Which a lot of the times ends up being me!

Please recommend another artist you admire, and tell us a little about them:

Whomever is in front of me!

I of course love all the greats, but I also admire the artist down in the trenches, doing the art fairs, getting beat up by art jurors, battling potential customers, bleeding their hearts on sidewalks.

Tell us something interesting in your life

One of the most profound artistic experiences that happened to me, was in Germany, which as far as places go, has been the most influential. It was there that I realized I needed to abandon any hope of living a "normal" life. Being amongst many of my Grandfathers paintings, sketches, personal items, set the tone, but instances like sketching a local windmill riverside, only to flip through his sketchbook to see he sat in the same place and sketched the same thing are what really drove home the point that this is what I was meant to do. Sadly, He died long before I was born, but I relish connections like that.

Of course,.. but really the only thing I would change would be the amount of Love I shared with people no longer around, which could be spent using all the time I would save by eliminating people who didn't deserve it.

It's a  toss up between world domination and painting plein air on a deserted beach somewhere. 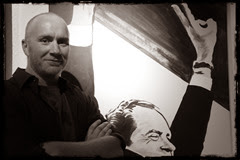 Embrace the process, have faith that maybe art IS right for you. Above all do work, make work, share work, bury the critics underneath even more work.