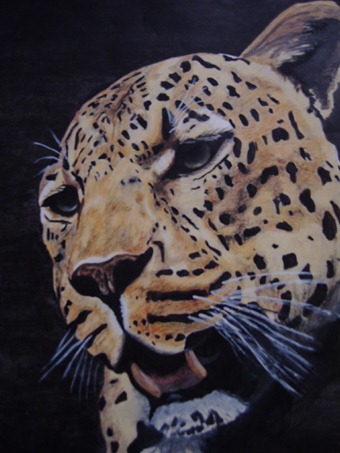 I was born in Krugersdorp, South Africa in 1976. I've always had an intense love and fascination for animals, and after graduating high school I began working at Blouberg Conservation Project on a nature reserve in Limpopo province, South Africa, where I had the privilege of working with a wide variety of African Wildlife for almost 14 years. When the project sadly had to close down, I took up a position on one of the local farms as cattle manager for two years, and during this time discovered a love for horses.

I now work as a stable manager at a livery yard in Pretoria, South Africa. Throughout my adult working life I have been sketching and painting. What started out as a hobby though has now become a passion, and I am now building a small business out of my art. I love sharing my love of! animals with others, and my art is one way in which I do this.

Oil, acrylic and watercolor as well as Wildlife and Equine drawings and sketches in coloured pencil, graphite pencil and pastel pencils 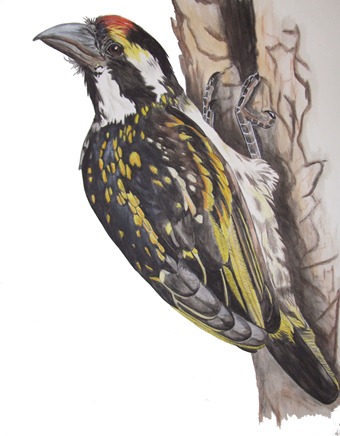 I'm not sure how to explain my technique as it always varies on the subject, and the mood. Because I work in different mediums and also because I often mix media, I don't think I could adequately explain what I do.

The natural world, animals. How can anyone look at an animal or a natural scene and not be inspired in some way?

Why do you create art?

To capture the beauty of the world and share it with others. It's also a way for me to pay respect to the natural world that I love so much. In a way, I'm hoping to show others what exactly it is that I see, and show them how exquisite nature really is in all her forms!

How often do you paint?

I paint every evening for about 5 hours after work. 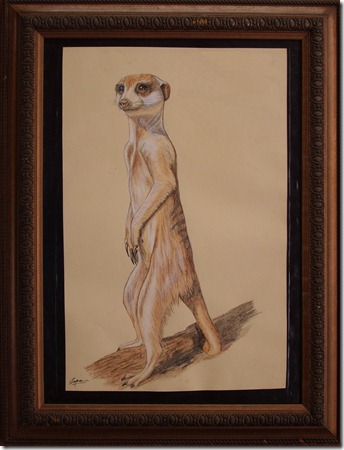 Yes I do, all of the paintings that I have done have been on commission.

Please tell us an interesting or amazing event in your life.

One night, many years ago, when I was working on the reserve, we got a call to say that there was a Brown Hyena caught in a snare on one of the local farms. This was at about eight in the evening. Turns out that the Hyena had been caught half way up a mountain, and the torches that we had with us weren't very strong. It was a long, tough climb, but we knew which direction to head in because the growls of the Hyena were very loud, and sounds in the bush carry for long distances.

Our main concern was how we were going to pin point it's exact location with the really dull torches without walking smack into it. Turns out we needn't have worried about that ... as we approached the area where the Hyena was trapped, we saw the most amazing bright sparks shooting in the dark! 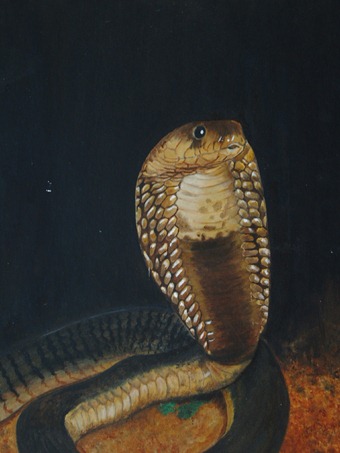 Each spark highlighted the animals face and teeth eerily. It was almost like a scene out of some horror movie! The snare that the poor animal had been caught in was a cable, and as the Hyena chewed on it (and just imagine the power in the jaws in order to produce this effect!) the strands of wire were rubbing together and creating sparks!! It was an AWESOME sight, and one I'll never forget. We managed to get a blanket over the Hyena's head and eventually wrestled it to the ground to free it. It was a absolutely fantastic feeling when it charged off once free. What a night!!

Never give up, and don't be afraid to go out on a limb and take a chance. Speak to as many people as you can, and never for one second worry that they won't take you seriously. Even if they don't, there's always someone out there who will!