Vincent Van Gogh – Getting the Recognition He Deserves 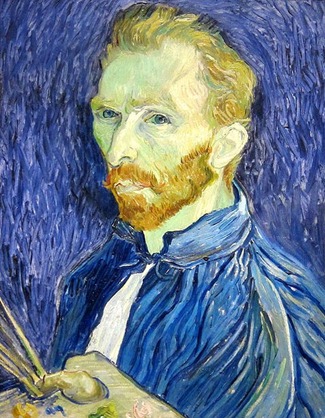 Vincent Van Gogh (1853-1890) is one of the most highly esteemed historical artists, yet during his life he was barely recognized, and only sold one painting. He was a poor and troubled artist, who suffered bouts of depression and often relied on his brother Theo for financial support.

Van Gogh committed suicide at the young age of 37, leaving behind 900 paintings and 1100 drawings (although a new book claims that he may have been shot by someone else).

Today, Van Gogh’s paintings are worth millions of dollars. In 1990, one painting (Portrait of Dr. Gachet) sold for over 80 million dollars.

I have always admired the energy and color in his paintings. He was an artist with integrity who was honest with his art, and only found comfort in creating. He once wrote in a letter to his brother Theo “The only time I feel alive is when I'm painting”. This is something I can relate to, and I am sure many other artists can as well. His paintings were his comfort zones in a life of heartache, rejection, mental turmoil, and financial hardship.

Most of his most famous artworks were created in the final two years of his life, during his stay at a mental asylum at Saint Remey. His main themes included sunflowers, wheat fields, cypresses, flower still lifes, landscapes, and self-portraits.

There are three things that stand out for me about Van Gogh’s life as an artist.