Salvador Dali – His Art and Life of Controversy


I always loved Salvador Dali’s surrealism paintings. The first time I saw his paintings I was blown away by the level of detail and intricacy. Dali’s art draws us in and bring us to another reality or dream world - a world where our own laws of physics and gravity do not exist. 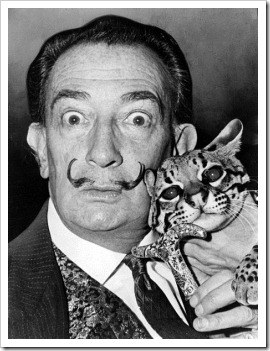 His paintings were often bizarre and striking at the same time, and had many symbolic references. I’m proud to say that Dali is one of my influences. I love to distort, abstract and surrealize the real world in my drawings and paintings, though I am certainly not the eccentric character he was.

In this article I will explore certain things about Salvador Dali’s life and career which we can apply to out own. How did Dali become so well known? What things can we learn from his life of controversy that we can we apply to our own art careers right now?

Salvador Dali was born in Figueres, Spain in 1904. Hi art career was cultivated at an early age, and he produced highly detailed drawings. His parents, realizing his talent, built him an art studio, and enrolled him in art school at the early age of 12. In 1922, Dalí attended an art school in Madrid, Spain (Academia de San Fernando), though he he was expelled after about a year for criticism of professors and inciting a riot. He enrolled again in 1926, but was again expelled just before graduating for rejection of his teachers. 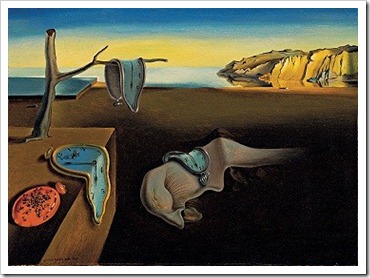 After this, he made several visits to Paris, where he met Pablo Picasso, a painter whom he greatly admired. Dali also met the Spanish sculptor and painter Joan Miro, the poet Paul Eluard, and Rene Magritte. Up until this time his artworks were influenced by Cubism, Futurism, and Impressionism, but these artists compelled him to explore the new Surrealist movement. 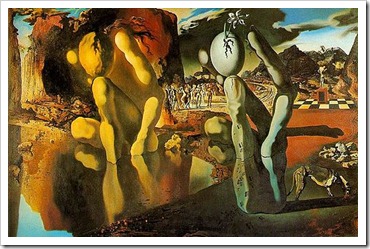 He seemed to love controversy. His public antics were often talked about more than his art. He was eccentric and did grandiose things to attract attention to himself and his art. At the London Surrealist exhibition (1936) Dali showed up in a diving suit. On another occasion he wore a glass case across his chest with a brassiere inside.

Undoubtedly, many people probably thought he was crazy, but the fact remains that it sparked conversation in the media – and the conversation was about him. Much of what he did, though controversial and outrageous, probably was partly responsible for propelling him to super stardom.

What can we learn fro Salvador Dali’s approach? Sometimes our art isn’t enough to get us noticed. We have to get out there and make an impact on the world. If we feel strongly about something, even if its not connected to our art, why not let our voice be known?

The media can be a powerful tool for artists, something I will be writing more about soon.

Controversy can propel artists to super stardom, but can sometimes destroy whole careers. We don’t have to be controversial like Dali, but there are many things we can do to catch the attention of the media. It can be as simple as creating art for a cause and contacting newspapers and television reporters. One idea that just popped into my head applies to nature artists. Standing up for various environmental issues may bring more credence to your work, and bring you exposure from various media sources.

At certain times Dali didn’t have time for self-promotion – so he allowed someone else to do the promotion for him.

Early in his career, he met and married Elena Dmitrievna Diakonova (Gala). Dali was so transfixed on his art at the time that he could not deal with art promotions, especially negotiation of contracts with galleries and dealers. So Gala took over these affairs for him, giving him creative freedom to focus on his artwork.

As for artists these days, there is certainly no need to take on all the tasks of promoting upon yourself. Enlist the help of your family and friends. Try to make certain connections who will help you do part of the promotional work. Learn all you can about art promotion, and everything that is involved – then apply them. There is a lot involved, and it does take time, but promoting your own art is a necessary part of an artist’s career.

I try my best to help you with that at Artpromotivate. Look forward to plenty more helpful tips in the coming weeks. If you have any questions, or have a certain art promotional resource to share, please let me know.

Have you been influenced by Salvador Dali?

Do you have any thoughts to share about his life and surrealist art? Please leave your comments below.