About Pablo Picasso – Paintings and Biography


There are few artists that have had the influence on modern art as much as Spanish painter and sculptor Pablo Picasso (1888-1973). Picasso loved to experiment with new ideas and techniques. He was a master of many styles and art forms, and was a true innovator in his time, inventing and co-founding several art movements, including the Cubist movement (along with Georges Braque). 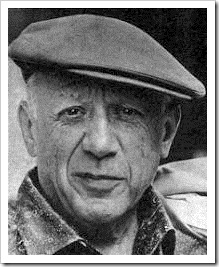 Pablo Picasso was not an artist who was content with staying the same. He experimented with many mediums, including collage, drawing, print making, ceramics, painting, poetry, stage design, architecture and sculpture.

He was one of the rare artists who managed to achieve great fame and wealth during his lifetime. During his life, he received more notoriety than any other artist in history.

Picasso’s most memorable paintings are Guernica (his interpretation of when Germany bombed Guernica during the Spanish Civil War) and Les Demoiselles d'Avignon (1907) (seen below).

How did Pablo Picasso become such an influential and well-known artist? Well, it certainly didn’t happen overnight, but was brought on by a combination of raw talent, consistently promoting himself and making connections in the art world.

In looking at his life, and researching Pablo Picasso facts and biographies, I noticed some things about Pablo Picasso’s life which may be encouragement to modern artists throughout the world.

Picasso’s talent for creating art was realized at a very young age. 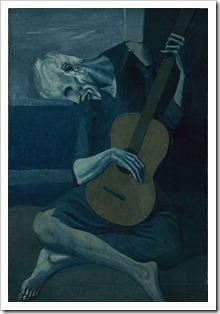 Picasso began painting at an early age, first painting realistically as a child. His early influence came from his father Don José Ruiz y Blasco, who was a painter, museum curator, and art professor.

At age 7, his father began teaching him oil painting and figure drawing. His father taught him in the traditional sense – copied paintings of the masters and drawing from life.

A famous story is when Ruiz caught the 13 year old Picasso painting over one of his sketches. Noticing it was better than anything that he had painted himself, his father said he would give up being an artist (though he never did).

Also at age 13, his father enrolled him in an advanced art class at the School of Fine Arts in Barcelona, Spain.

In 1900, Picasso went to Paris and met Max Jacob, with whom he shared an apartment. These were poor and desperate times, and he often had to burn his paintings to keep the apartment warm.

Picasso was active in the art world early in life.

I love to look at the early career of famous artists. Though they may have struggled and had rough beginnings, there are always notable things they did to propel their art career. In regards to Pablo Picasso, here are some of the things he accomplished in his early art life:

In spite of Picasso’s talent and innovation, it is doubtless he would have become the art star he did if he just stayed in his own studio and never got out there and associated with others in the arts community. His fame rose partly because of being at the forefront, and making connections.

It is obvious he considered himself a successful artist before even becoming famous. I think this is something that all of us as artists should think about. Before we can achieve success as an artist, we should believe we are already successful.

It is only then that we can have the confidence to go forth and promote our works with eagerness.