Several articles at this website encourage artists to get out there and actively promote their work. While I think this is an essential part of achieving notoriety as an artist, I realize that not artists want fame. There is the rare case of the reclusive artist who quietly paints for years, not revealing any of his/her artwork to the public.

Why would an artist not want to show their work publically? Maybe they have suffered rejection one too many times. Maybe their art don’t fit in with the fads of the time. Maybe it just takes too much time and money. Whatever the reason, these artists decide to devote all their time and energies to creating piece after piece. 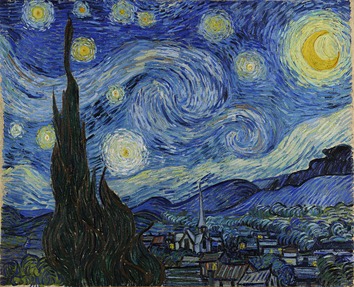 When most think of the struggling, unaccepted artist, they think of Vincent Van Gogh.

Through toils, poverty, hardships and sickness he laboured continuously on his art. Only selling 1-2 paintings and rejection by the art community did not stop him from creating.

His paintings are now worth millions, and he is one of the most influencial and revered artists in history.

Claude Monet – Lived Most of his Life in Poverty 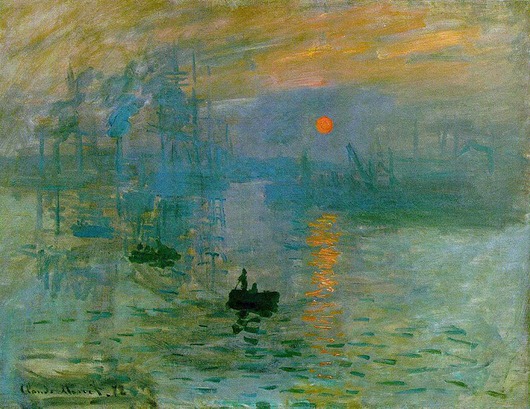 Van Gogh is not the only now famous artist who experienced rejection in their lifetimes.

Claude Monet suffered through poverty, and only began selling near the end of his life.

His painting “Impressionism – Sunrise”, known for for coining the art movement Impressionism, was initially spurned by critics. 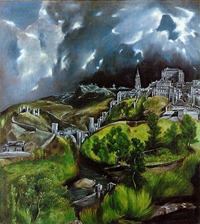 El Greco was an artist way before his time, and even was an influence for the Cubist movement.

But because of his rejection of painting conventions, mainly those of Michelangelo, he was laughed at and spurned during his day. 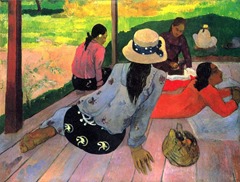 Paul Gauguin was a friend of Van Gogh.

During his life, he gave up his high paying stockbroker job to create art.

But, he did not find the success he sought after – at least not in life.

His paintings were unappreciated by many, and even ridiculed – but they are now worth millions.

Recently, I read the story of Arthur Pinajian, an unknown Armenian American artist. Arthur Pinajian was an abstract expressionist painter who created thousands of paintings in his small home in Bellport, N.Y. Arthur Pinajian struggled for years to be accepted as a serious artist. But, because of rejection decided to isolate himself from the art world, and just paint. The artist passed away in 1999 at the age of 85, leaving behind a collection of thousands of paintings, drawings and illustrations.

Following his departure, Pinajian’s family sold his house to a pair of investors for $300,000. After discovering the huge stash of artworks in the garage and attic, they decided to purchase these along with the house. Arthur Pinajian actually instructed his family to dispose of all of his paintings after his death, but they now sold them for a measly $2500!

The new owners contacted the well known appraiser Peter Hastings Falk, who valued the huge art find at $30 million! This is what Falk had to say about Arthur Pinajian: "He painted every day but no one saw his art. He received no reviews and not one of his paintings or works on paper ever was shown in a New York gallery or museum."

Some of Arthur Pinajian’s paintings now hang in New York galleries - some of them priced at $87.000! A website devoted entirely to the late artist can be found here: Pinajian Art

When I read about Arthur Pinajian, I thought about all the art that must end up in the garbage or withering away in an attic following the death of some artists. If only the family realized the value of his art and hiring an appraiser - they would be $30 million richer!

Dave Pearson – Devoted to his Art

A story which is quite similar is the British artist Dave Pearson (1937-2008). Pearson was relatively unknown during his life. Painting was his life, and he used every opportunity to express himself through art. He had a few art shows, sold some pieces during his life and taught art at Manchester Metropolitan University. But, until his death, most of his artwork had not been seen. He amassed a collection of over 15000 artworks in his home! There is no set value as yet for Dave Pearson’s estate, though undoubtedly it will be in the millions. This blog follows the enormous undertaking of cataloguing Dave Pearson’s estate: An Artist’s Estate

These artists created art not for the money or fame – but because they had to. It was a part of their existence on this earth, and their means of expression.

It should be mentioned that occurences of large art finds such as these are rare. The majority of artists do not work in seclusion, and there are many who may not even receive recognition after death.

Why does it sometimes take death for the art world to realize the talent of some artists?

Would you create art even if you weren’t making money? Why?