Banksy’s street art often contains political slogans, and satirically critique greed, capitalism, hypocrisy and war. He often paints children, rats, apes and policemen in public places. Banksy challenges the popular notion whether graffiti is vandalism or art. His work was long considered vandalism, and often painted over, but he has risen to a kind of folk hero, especially to street artists.

I have included some of the famous Banksy quotes (many from Wall and Piece) and street art in this article. Enjoy!

More quotes? See our past articles with Art Quotes and Success Quotes 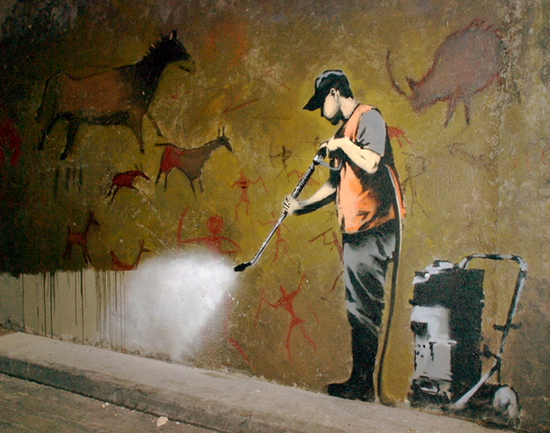 “Modern art is a disaster area. Never in the field of human history has so much been used by so many to say so little.” Banksy 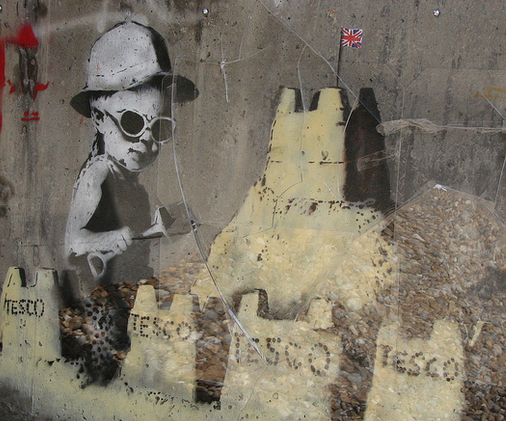 “A lot of mothers will do anything for their children, except let them be themselves.” Banksy 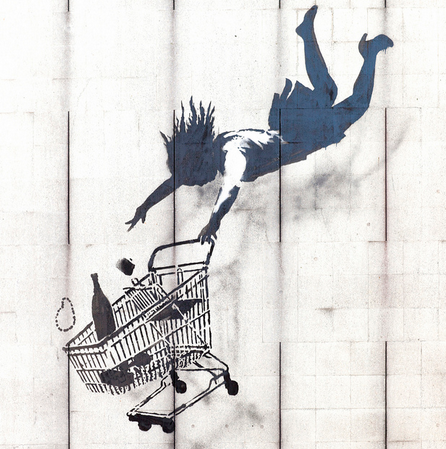 “People say graffiti is ugly, irresponsible and childish. But that's only if it's done properly.” Banksy – Wall and Piece 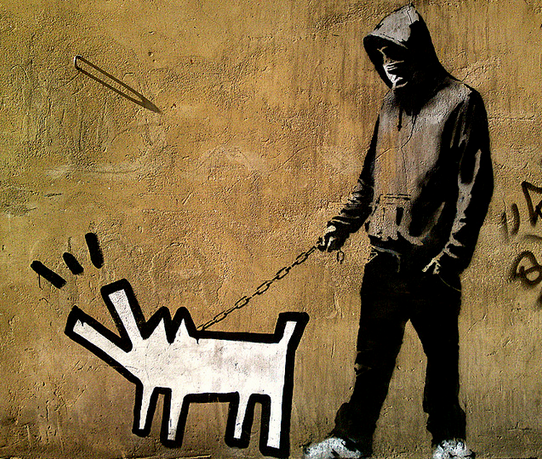 “Nothing in the world is more common than unsuccessful people with talent, leave the house before you find something worth staying in for.” Banksy

“Art is not like other culture because its success is not made by its audience. The public fill concert halls and cinemas every day, we read novels by the millions, and buy records by the billions. 'We the people' affect the making and quality of most of our culture, but not our art” Banksy – Wall and Piece 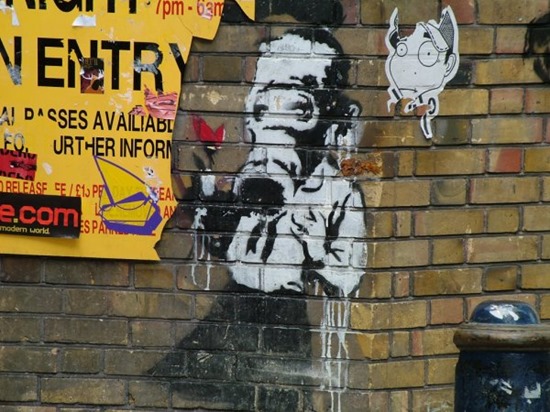 “Sometimes I feel so sick at the state of the world I can’t even finish my second apple pie.” Banksy – Wall and Piece 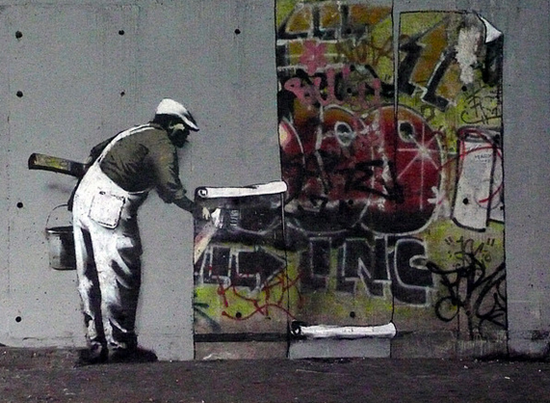 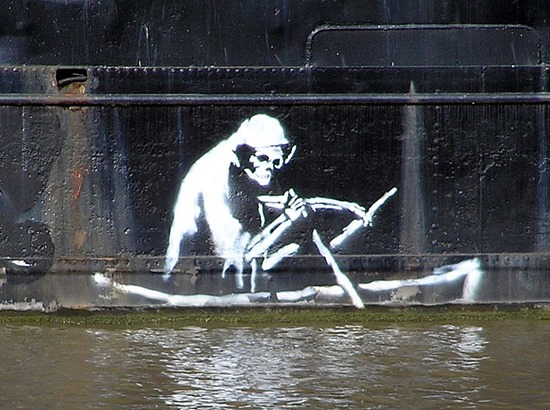 “T.V. has made going to the theatre seem pointless, photography has pretty much killed painting but graffiti has remained gloriously unspoilt by progress.” Banksy - Wall and Piece 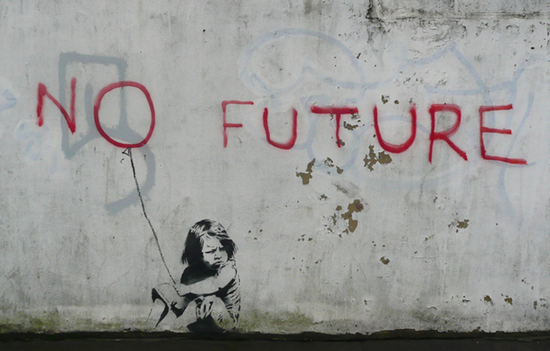 “I like to think I have the guts to stand up anonymously in a western democracy and call for things no-one else believes in – like peace and justice and freedom.” Banksy 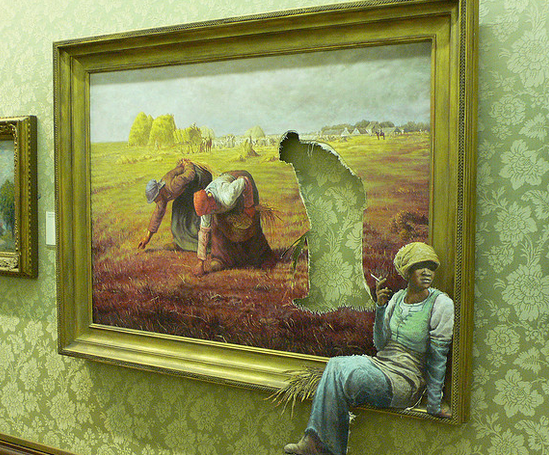 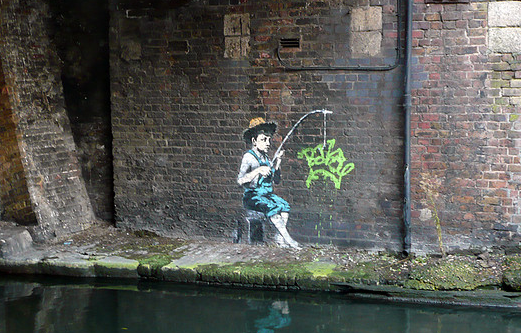 “It’s a very frustrated feeling you get when the only people with good photos of you work are the police department,” Banksy 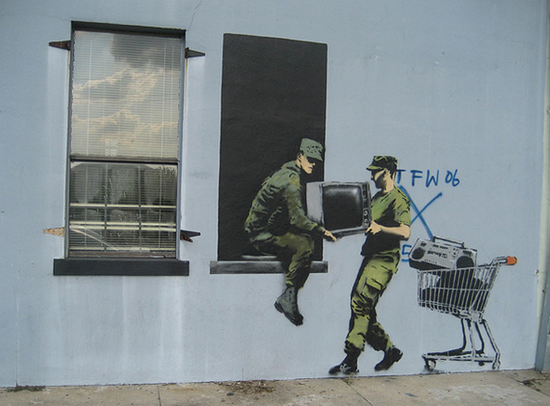 “The greatest crimes in the world are not committed by people breaking the rules but by people following the rules. It's people who follow orders that drop bombs and massacre villages” Banksy - Wall and Piece 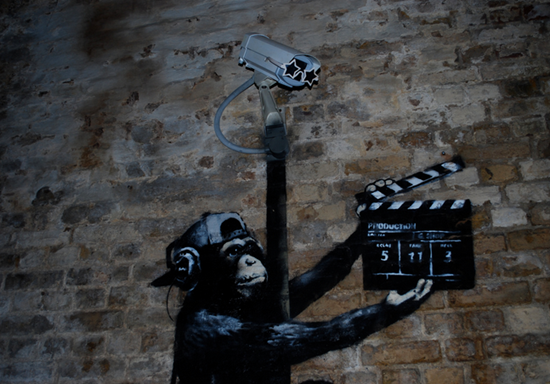 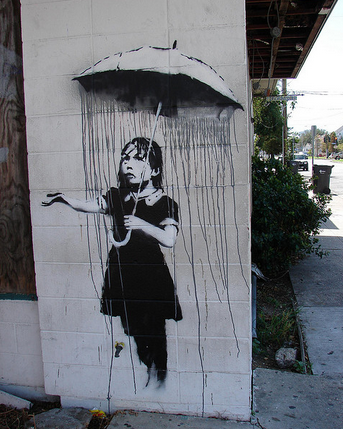 “Imagine a city where graffiti wasn’t illegal, a city where everybody draw whatever they liked. Where every street was awash with a million colours and little phrases. Where standing at a bus stop was never boring. A city that felt like a party where everyone was invited, not just the estate agents and barons of big business. Imagine a city like that and stop leaning against the wall – it’s wet,” Banksy from Wall and Piece 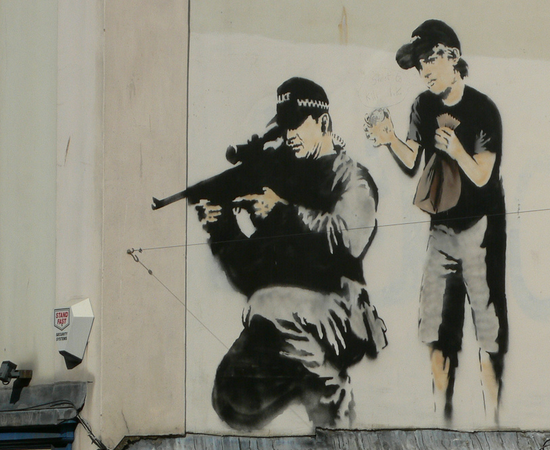 ““Your mind is working at its best when you’re being paranoid. You explore every avenue and possibility of your situation at high speed with total clarity,” Banksy 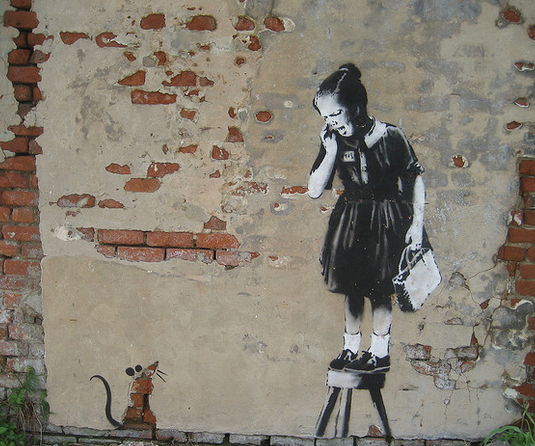 “I'd been painting rats for three years before someone said 'that's clever it's an anagram of art' and I had to pretend I'd known that all along.” Banksy - Wall and Piece

"You can win the rat race but you're still a rat." Banksy - Wall and Piece 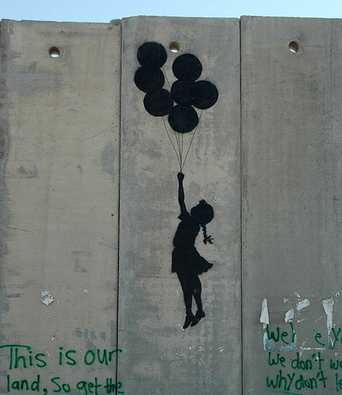 “I mean, they say you die twice. One time when you stop breathing and a second time, a bit later on, when somebody says your name for the last time.” Banksy 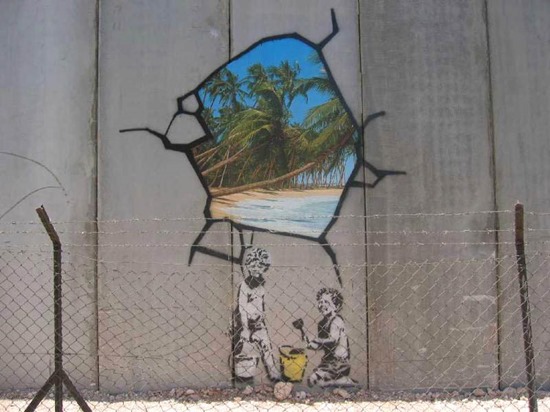 “I originally set out to try and save the world, but now I’m not sure I like it enough.” Banksy