Johnny Depp and other Famous Hollywood Stars Who Paint 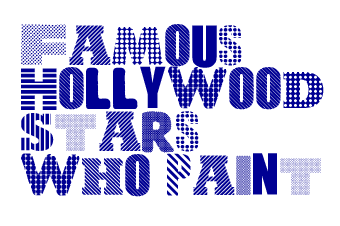 I believe anyone can pick up a brush and learn to paint – but becoming a good artist certainly requires lots of practice. As the saying goes “art is 90% hard work and 10% talent”. Even some famous Hollywood celebrities have tried their hand at painting. Obviously, many of these already have real talent, from acting in countless television shows, theatre and movies. But where do they find the time to paint? Some actually do find the time, and have shown they have a real talent for art as well as acting.

This is a roundup of 4 Hollywood stars who paint (plus a long list of more at the end). Some of them have become very skilled at painting, and some have displayed in galleries and sold their art for huge amounts.


There are also countless other rock stars, musicians, famous people and Hollywood stars who create art, either as a pass-time or as a side career.

Do you know of a famous person not listed here who has taken up painting?

Do you have a favorite celebrity artist? Please tell us about him/her in the comment section below.