Do What Makes you Happy – A Lesson Learned 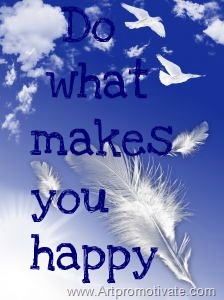 One of the last things my father said to us before he passed away a few years ago was “Do what makes you happy”. This is a profoundly simple statement, and I have pondered often on exactly what he meant. My father was a man of few words. When he spoke, he often made sure it meant something. Those words were said from the heart – from the context of a man who knew he had few days left on this earth.

When he was diagnosed with cancer, the doctor gave him a grim diagnosis. He told him his cancer had progressed so far that they could not do anything for him. He spent four months in his home after that, spending his last days bed ridden.

To the end he always stayed positive, and was unafraid of death. It was during this time that he tried to impart little bits of wisdom to us kids. “Do what makes you happy” are the words that stuck with me.

What strikes me about this statement is that each of my brothers and sisters have interpreted it in different ways. For myself, it meant to treasure life, and to do the things I have always wanted to do. At the time, I was not in the place to do that. But, as time went on, I began taking steps in spending my life doing things that I enjoy, rather than being burdened by the things I disliked. 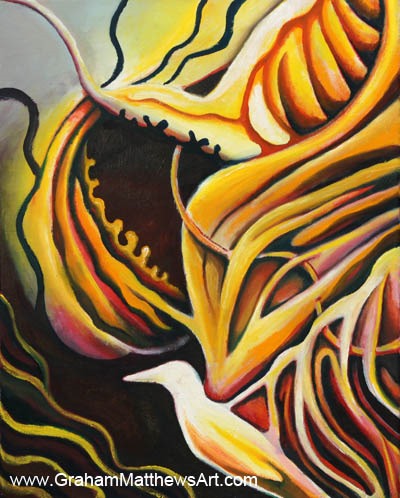 My father had spent his life at a job he hated – but he had to do it to support the family. When he was saying this, he probably was wishing he did things differently. Of course he could not go back and change the past, but he still had a chance to make sure we did the things that would make us happy.

It took a little time for myself to apply this in my own life, but I feel I am at that stage where I am doing all the things that make myself happy. Creating art is what I Iove to do. I spent a few years working in a fish-plant, but when that plant closed, I actually looked at this as something positive. I now had the incentive to spend more time painting. I also had more time to promote my artwork. Well, I started my art blog GrahamMatthewsArt.com. I promoted my art all over the place. I first decided to begin sharing art promotion tips at that blog. The response was amazing! I knew then that this is what I enjoyed most about blog posting – helping other artists by sharing with them what I can. Just knowing that I am helping other artists brings so much purpose to my life.

But, I wanted to do this at a much larger scale - so this is where the idea of Artpromotivate was born - To share EVERYTHING freely about what I know about promoting art, and to help artists in any way I can by featuring and promoting them. I spent countless hours researching about art promotion - subscribing to art blogs and reading ebooks. 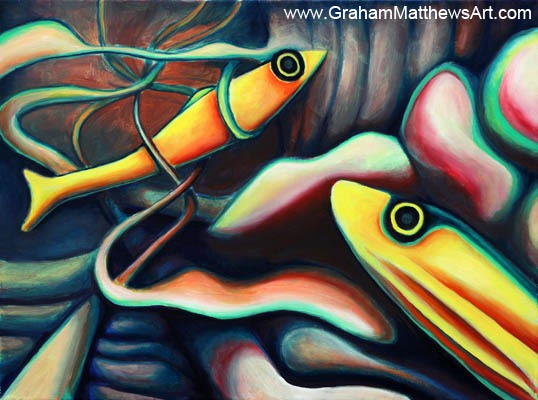 I wanted Artpromotivate to be a place where artists can go to get their questions answered, without having to spend huge amounts of time having to search for the information themselves - time which could be better spent in the studio. I also decided that Artpromotivate would feature lots of artists, and often. I would even go the extra mile of promoting the artist’s spotlights and re-featuring them occasionally.

I have to say that writing for Artpromotivate has been one of the most rewarding things I have ever done. I feel I am following my Dad’s advice and doing the things that truly make me happy!